According to adage, breakfast is “the most important meal of the day,” and while the heavy, sweet or savory, sometimes grease-laden offerings that make up a truly excellent breakfast are some of my favorite meal options out there, if I eat them first thing in the morning I’m going to feel ill. Give me a bowl of bran flakes or a slice or two of toast in the morning, then move to the eggs, the bacon, the biscuits, the sausage, the waffles, as the day eases on. That’s why I get so excited, and wax eloquent so often here, about breakfast-for-dinner.

But for a 30-something living in an urban area like Los Angeles, breakfast food of this ilk means something else: brunch. Food that is fatty and greasy in the best possible way washed down with a mimosa or three to compensate for the previous night’s revelry – this is the true calling of a large plate of breakfast meats, scrambles, and toasted, syrup-bearing stacks. And here, at least, walking into a restaurant for brunch entails working your way through a crowd of plaid and maxi skirts, tilted fedoras, gladiator sandals, and the occasional waxed mustache. So, you know, hipsters. 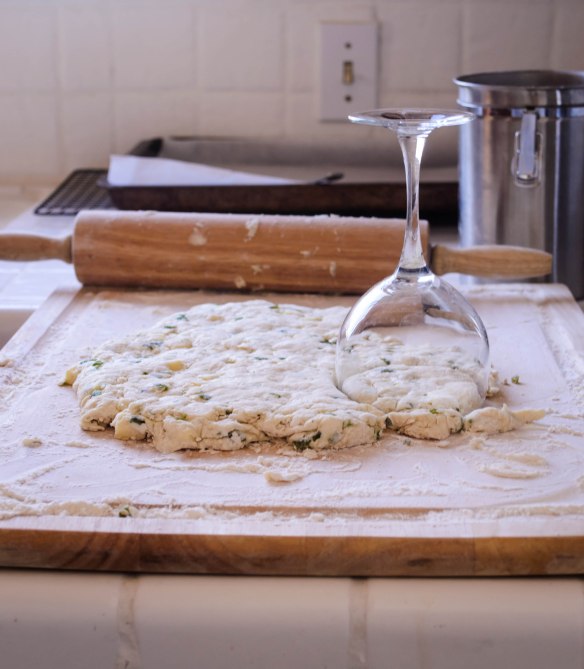 A few months ago, N. and I wandered through a little enclave called Los Feliz just south of Griffith Park after a failed attempt to visit Griffith Observatory (on a temperate weekend, with clear skies, there’s zero chance of finding parking there more than half an hour after it opens. What fools, we). On our way to a local bookshop, we ran into one of his coworkers and her wife having brunch, and it suddenly seemed like exactly the right thing to do. We unofficially added “eat brunch at every restaurant in Los Feliz” to our LA-to-do list. 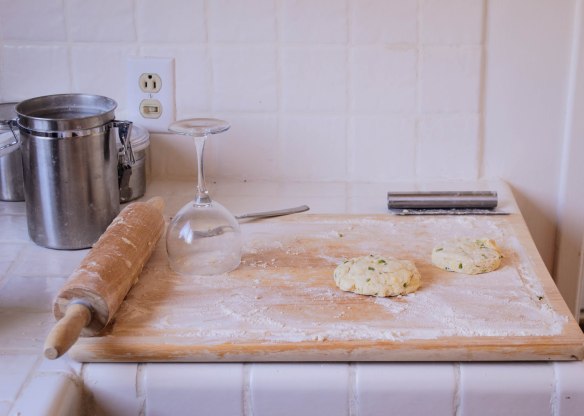 Brunch in Los Feliz – like many places east of Hollywood as highway 101 cuts south toward downtown – means hipster paradise with a heavy dose of East LA flavor: huevos rancheros, chilaquiles, chorizo folded into a thick, fluffy omelet. The Mexican and Latin influence on that side of the city makes for a glorious contribution to any brunch (or, as my sister put it, a meal that is perfect for “a Sunday at 11AM or any night at 8PM or later”).

Our first entrée (haha) into the Los Feliz brunch scene was late on a Sunday morning, seated outside, as you always should be, so you can watch the show walk past: rompers and sundresses, stilettos surely too high and too spiky for church, bowties and converse all-stars worn un-ironically on the same person. Some passersby are accompanied by their pit bulls and chihuahuas, who often sport their own wardrobes, and pause to jangle their collars against the metal water bowls left outside for them by many of the businesses along the main drag. But once our food came, I don’t think we noticed another single pedestrian. N. had huevos rancheros, and we agreed they were a good representation – the black beans were meaty and savory and well-seasoned, and the fresh salsa was good – but my dish was the real star: poblano and white cheddar biscuits with scrambled eggs and a chorizo gravy. Flaky, cheesy mounds draped in a bright orange, lightly spicy sauce that, even though we’d promised to share, made me reluctant to relinquish my plate. Think classic biscuits and sausage gravy, but with neighborhood flavor.

A dish like that only means one thing: restaurant recreation. Even as we asked for the check, I was already considering how I would make this at home. I wanted cheesier biscuits, more roasted poblano, and a stronger chorizo presence in the gravy. This resulted, in my version, in a gravy stronger in flavor but a bit less rich, and biscuits to rejoice over – flaky, crisp and golden on top, aggressively cheese-laden with obvious hits of smoky poblano inside. Plus, once punched out the biscuits freeze perfectly, so it makes sense to bake just what you need and save the rest for another lazy morning. It’s a brunch (or lunch, or dinner) option that will remain permanently on our rotation.

Brunch in Los Feliz was, then, a successful voyage in many ways, and clearly our real challenge will not be exploring the area for its brunch options, but convincing ourselves to order something different every time, because once you’ve found an option as fulfilling as this, trying something new is a gamble I’m sometimes unwilling to take. 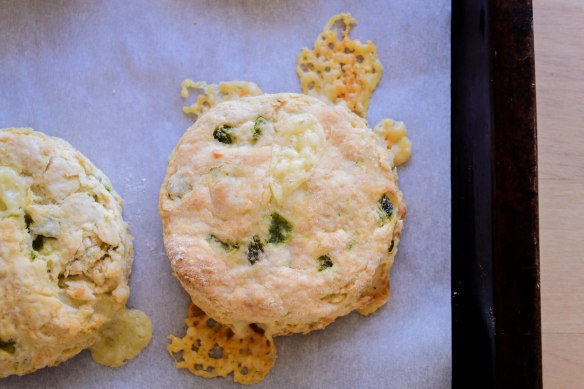 Serving suggestions: because the restaurant’s offering was pretty perfect as it was, I copied their addition of scrambled eggs between the biscuit and the gravy, but the eggs are really just an extra luxury. You could also easily pair this with a pile of crispy hash browns or homefried potatoes, which would be an excellent match for the gravy. Though I don’t have much experience with soy-based sausages, a good soyrizo or chipotle field roast sausage would likely make an excellent vegetarian sub for the chorizo, if you want to go meatless. You might have to add a little extra fat to the pan, though, when you cook them. 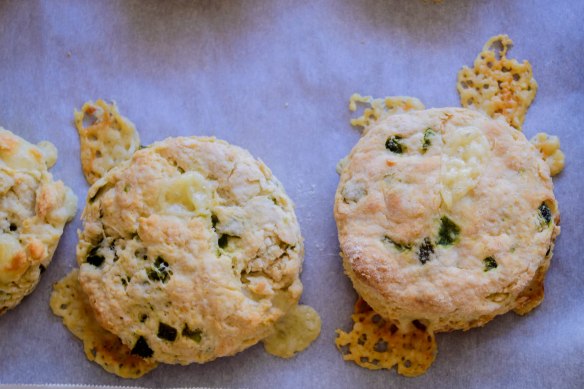 This dish is best, of course, the first day. The biscuits are never as crunchy and warm after that, and the gravy does tend to do that thing gravy does where it gets thicker but also separates overnight in the fridge. But I think, with four diners round the table and ten biscuits to share between you, the last drippings of gravy won’t be long for this world. 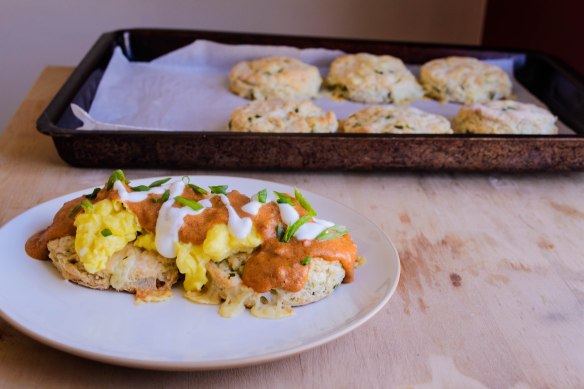