Last week the Twelve Loaves bakers turned out an impressive collection of holiday breads. I had my plan in place, but as I noted on last week’s cheat entry, holiday weekends ironically don’t always allow for baking projects. Now that I’ve had an extra week to get myself in order, I can show you what I intended to contribute: tiny sweet rolls, one to two bites for easier consumption, threaded through not with the classic pairing of cinnamon and brown sugar, but a more complex combination of spices drawn from the wonderful, warming blend that is masala chai, or chai tea. It’s not a traditional holiday bread, but the layering of slightly spicy flavors in chai has always reminded me of gingerbread. By the power of association, then, here we are.

Like many spice mixtures, chai does not have a set blend – many warm notes are added to the black tea leaves to produce the complex, slightly spicy flavor. Cardamom plays a dominant role, and cinnamon, ginger, and black peppercorns are usually present as well. Star anise contributes a subtle licorice note, and cloves and fennel also sometimes make an appearance. 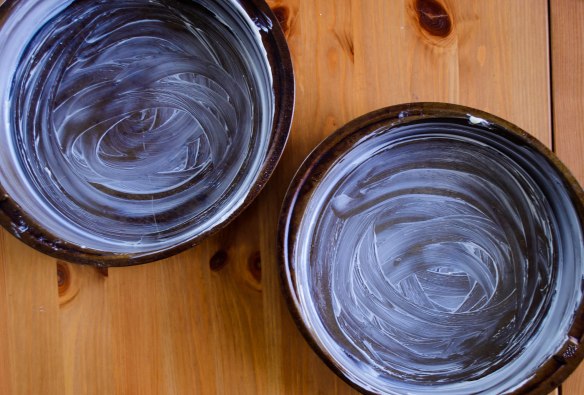 For mine, since I used standard aniseed instead of the more traditional star anise (sometimes the grocery store is out and you’re too busy to walk down to the Indian market), I omitted the fennel – a breath of licorice flavor is more than enough for me. Balancing these strong spices can be a tricky task – I wanted my blend to lead with the sweeter cardamom and cinnamon, and be backed up by the depth of the cloves and aniseed. The black pepper and ginger should be subtle – a warming heat rather than aggressive spiciness. 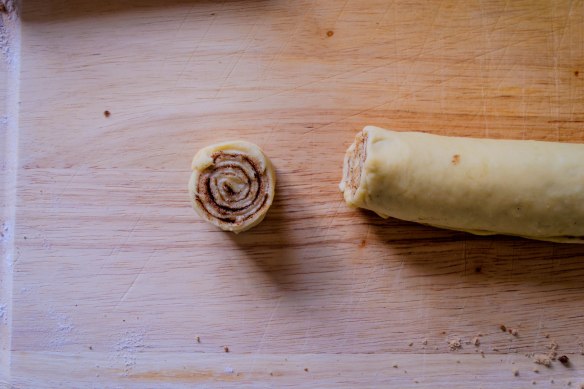 I used my Nana’s sweet dough recipe for the base here, amping up the butter a bit and adding an extra egg, but I substituted honey for the sugar the original recipe calls for, since my favorite chai blend incorporates it. The floral notes of the honey make for a slightly more flavorful dough. A splash of vanilla, too, plays well with the spices and the honey.

Many cinnamon rolls are dripping with melted brown sugar and pack a sugar-overload punch that can get you through an entire crowded mall and its parking lot at Christmastime before you come down from your high. These tiptoe a bit more subtly into the holiday air. They are sweet, yes, but tempered. The spices come through, but you can still taste the honey and vanilla in the dough.

These would be perfectly fine on their own – in fact, N. and I bull-dozed through three of them quite unadorned when we did our quality control test, but I can’t help feeling, since they are inspired by a call for holiday breads, that a little excess is needed. A cream cheese frosting, then, lightly sweetened with honey and vanilla, seemed appropriate to smear over the top. And lest it begin to feel too heavy, a scattering of finely chopped crystallized ginger or orange zest brightens them up so you can almost – almost – get away with calling them breakfast.