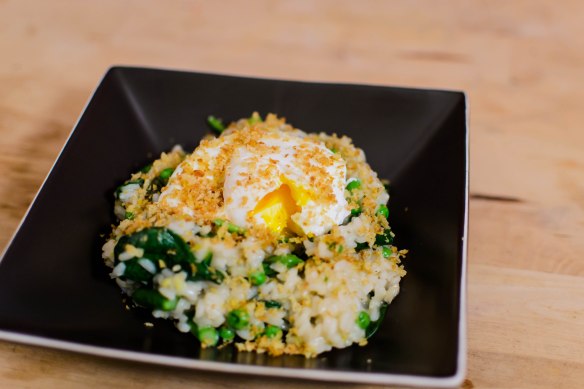 My warmest memory of risotto – and the one that probably says the most about me as a person and as the graduate student that I was – is one wintery evening in Oregon, when I was making risotto while preparing for class. This seems counterintuitive, I know. It is. One cannot truly invest in either the stirring required for risotto or the note-jotting, powerpoint slideshow constructing, or annotating usually needed for quality lesson prep. One can, however, position one’s hand just so to hold up and keep open a paperback book in one hand, while leaving the other hand free for a wooden spoon. 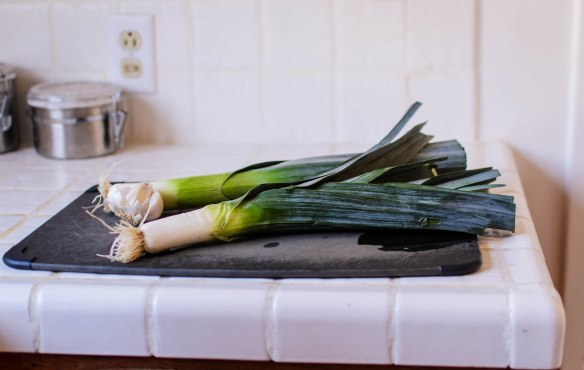 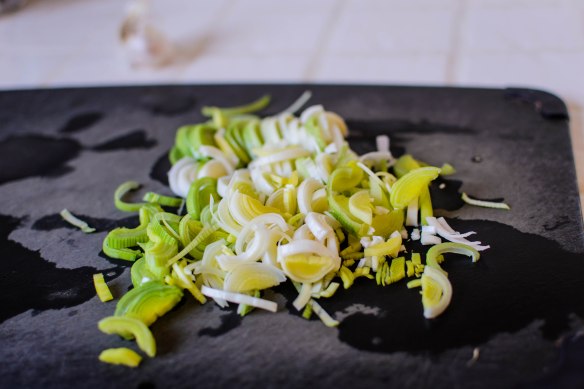 The house was cold that night, and I was frantically reading Beowulf in preparation for a lecture the next day in a class for which I was a teaching assistant. Stir, read. Stir, read. Slow, random swipes through the pan, as I drowned myself in Beowulf’s deeds. I probably didn’t get much out of that reading session, but the combination is stuck: warm, creamy rice, and poor Beo fighting against demons of darkness, and of his own overweening. 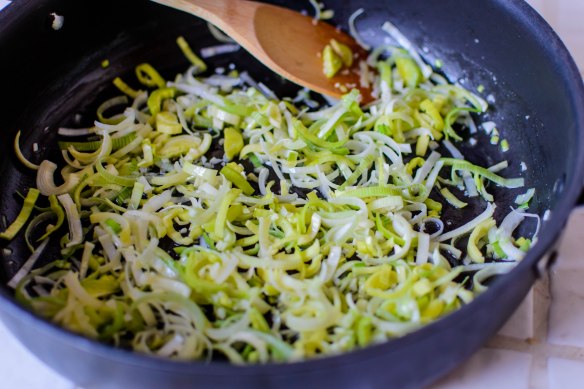 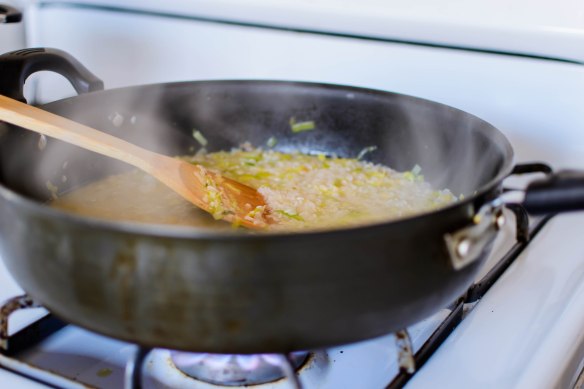 I’ve complained about risotto before, and it’s true that I often find it underwhelming. But when you combine its warm, melting heartiness against the brightness of spring vegetables, and when you declare that decadence befits a spring break that finally arrived – so you give yourself a week off from blogging because SPRING BREAK, people! – and then you layer on a poached egg and a shower of crispy crumbs shot through with garlic and lemon zest, you have a risotto that I’ll put down my book for. 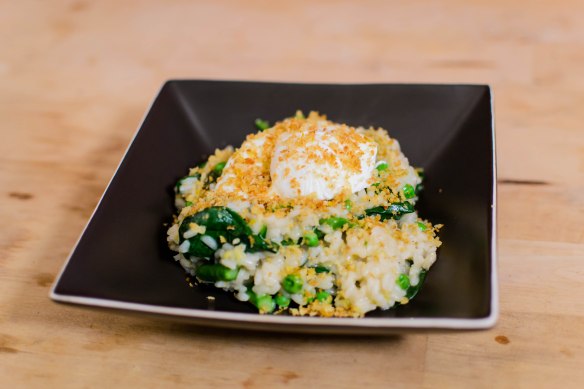 This one features leeks – my favorite, and sadly so underrated, member of the onion family – as well as slim fingers of asparagus, barely wilted spinach leaves, and a rubble of peas stirred in at the last minute. There’s a generous shower of parmesan cheese at the end, and the egg yolk, still oozy but just thickened, forms its own rich, golden sauce for the risotto when you slide your fork down through it. Risotto isn’t difficult, but it is a bit co-dependent: it requires your presence in the kitchen throughout the process. Still, though, if you are organized and get all of your vegetables prepared while the broth is heating, you can have the whole thing done in less than an hour. What’s that? Two entries in a row with reasonable time spans? Happy spring, my friends. 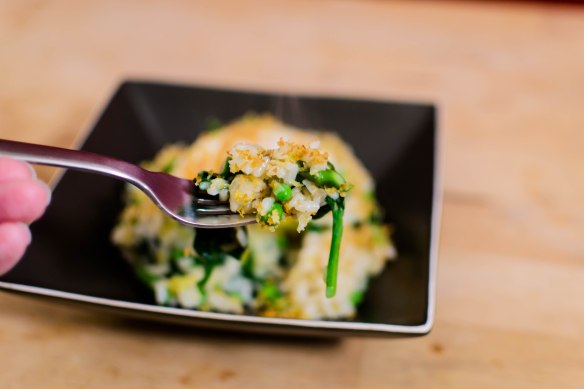 2 large leeks, sliced into thin ribbons as described below

6-8 eggs (as many as people you are serving)

zest from one lemon