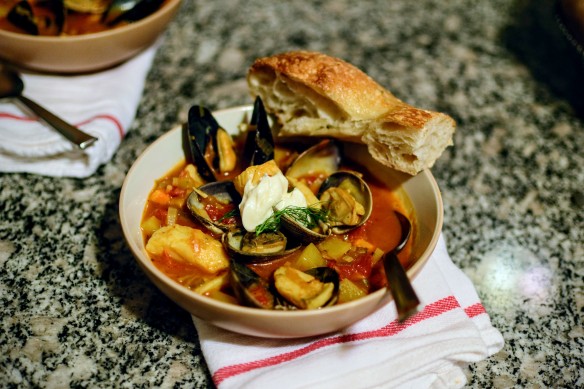 All I wanted to do when I got up on Sunday was edit photos (final soup post! Some photos of pelicans N. took!), draft this post, and hide from the suddenly summery weather that has invaded this weekend (sorry, East Coast. I shouldn’t complain, but 80s in January? Come on). What I did NOT want to do was computer shop. And yet, when our stuttering, stumbling, dying desk top (named GLaDOS after the computer in Portal – here’s her final song in the credits if you want some nostalgic joy) wouldn’t load even the admin user profile, we sighed and resigned ourselves to replacing it.

In the meantime, I had to figure out photos. So I’m trying something new here: since I won’t have a new machine for a week or so, I’m testing Google Photos’ editing capabilities. Decent, I think, though I do like my Lightroom better…

That out of the way, and since I realize it’s only grilling-and-salad-and-vodka-tonics weather in a few areas of the country, let’s talk about this last soup. In planning the year’s project, I knew from the beginning what I wanted the December soup to be: a take on the Fisherman’s Stew from a restaurant in Eugene we adored called The Humble Beagle. 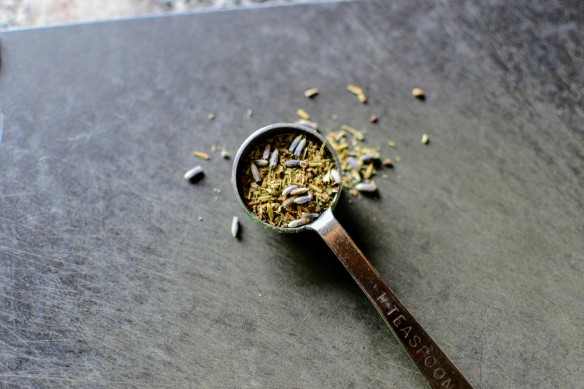 The Beagle was honest, slightly more than simple pub fare with Middle Eastern influences. The pizza had dollops of labneh. The hummus was impossibly light, and you could stuff it into a pita with crumbled lamb or fried eggplant, sliced of boiled potatoes, lightly pickled cabbage, and a hard boiled egg. The pub, as the couple who owned it affectionately called it, was only open for dinner, only five nights a week, and we watched their business and family grow as we moved through our PhD program. At one point Anni stopped appearing in the dining room, and what seemed like only a few months later, there was a curly haired, giant-and-wise-eyed moppet on Ari’s back as he took orders and chatted with guests.

At a certain point, both us of exhausted by the demands of the program and not up for the weekly happy hour at a campus bar that had lost a bit of its charm, N. and I started having dinner at the Beagle on Friday nights. We probably could have been thriftier with our meager stipends, but we told ourselves, as we drove there through the sheeting rain that seemed to last all winter, that we deserved the occasional reward for our hard work, and besides, it was better to spend a little more on really good food than fill ourselves with beer and bar fare. 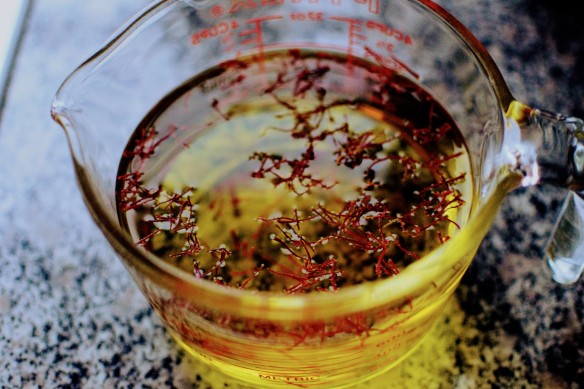 During these Friday dinners, I started ordering a new item from the Beagle’s menu: the Fisherman’s Stew. This was usually among the priciest of their offerings, but again, reward. And once I had eaten it once or twice, I didn’t care. It was a rich but not heavy tomato based stew, laden with seafood – mussels, clams, sometimes tiny bay scallops, chunks of meaty white fish – and topped with a dollop of tart, creamy aioli and a slice of toast that never lasted long enough. It was complex in flavor and comforting on the tongue and in the belly, and I got so stuck on it I dreamed about it after we moved away from Eugene.

Seafood around the Christmas holiday feels right. It’s a time of indulgence, and it’s culinarily supported – I’m thinking about the Italian-American tradition of the feast of the seven fishes (not to mention the line practically out the door at Whole Foods to buy king crab legs!). Thus, it felt right to pay homage to the Beagle with my final soup of the year. In constructing the recipe, I had exactly the opposite experience as last month: I’ve remained friends with Ari on Facebook, and, expecting nothing, I messaged him to request the recipe. Within two days, he responded with the quantities and procedure they used at the restaurant, and it remained only for me to break this down into reasonable household quantities.

This is a convenient soup in that, even though it takes about an hour to put together, each cooked component sweats, or sautés, or simmers long enough that you have the time to get the next component ready. You cook down some aromatic vegetables and herbs, during which time you can chop up potatoes and carrots. While the root veg simmer away in tomato puree and water infused with a pinch of saffron (Trader Joe’s has the best prices I’ve ever seen on the stuff), you have plenty of time to clean and prep the seafood. You could even, as Ari suggested to me, make the soup base (the vegetables and liquid components) ahead of time, and reheat and add the seafood just before serving. This is a soup that ages well over a night or two, the complex flavors melding and deepening as they linger together, so dividing the process makes sense (plus, you can choose to heat up just the amount you need that evening, and freeze the rest).

As for the seafood, it’s much easier than you might think (well, it’s easier than I thought, anyway). I had never cooked my own clams or mussels before, and I had raised an eyebrow at Ari’s direction that the fish you add will be done in the time it takes the shellfish to open. He was, of course, exactly right; in fact, my fish ended up a tiny bit overcooked because I was nervous about doneness. Yours will not, since, of course, you’ll learn from my mistake.

The hardest part about the seafood prep here is ensuring cleanness and safety, but even that isn’t too daunting. The important thing is ensuring your shellfish are alive, and scrubbing off sand and grit – I submerged my clams and mussels in cold water for only about ten minutes (much more than that can kill them, since they are salt water critters) before scooping them out, scrubbing as I rinsed, and pulling off the mussels’ “beards” (toward the hinge only, please). From there, they go straight into the stew to cook briefly until they pop open, and if they don’t pop open, you discard them. That’s it. the kitchn offers the following expansion on this: “Freshly purchased mussels that are prepared properly pose very little food safety risk. Before cooking, look over the mussels carefully. The mussels should be tightly closed. Discard any mussels with cracked shells. If you see a mussel that is open, tap it gently against the counter; in a live mussel, this will trigger a reaction to close its shell. If the mussel doesn’t close, it has died and should be discarded. Also discard any mussels that don’t open after cooking. This might sound a little scary, but trust your instincts. Follow this simple advice: before cooking, shells closed; after cooking, shells open.” 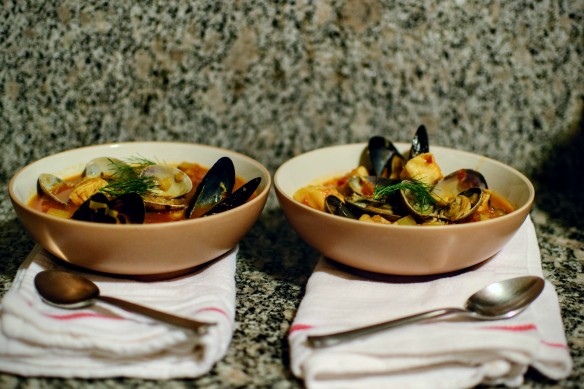 When the shellfish have popped open, the fish is done, and your stew is ready to eat. Ari’s final word on the matter: “That’s it! Maybe add a dollop of aioli and a piece or two of crusty bread.” He’s right. And if you don’t have aioli, you can either doctor up some mayo with grated garlic and maybe a touch of lemon juice, or you can just put a teaspoon or so of straight mayonnaise right in the center of your bowl. I know that sounds indulgent, but trust me – it swirls into the soup to add just the right richness and balance against the acidity of the tomato base.

That’s 2017’s project in the books at last, then. Next week, we embark on a new project: the Chopped Challenge! The recipe post will go up on Monday as usual, but if you want, check in on Sunday when I’ll reveal the ingredients N. has chosen, and tell me in the comments what you would make with this mystery basket.

3 leeks, white and pale green parts only, split vertically, cleaned under running water, and sliced thinly into half moons

juice of half a lemon or to taste

2 pounds mixed shellfish, like mussels, clams, and small bay scallops (get these already shelled and cleaned, for ease)

To serve: fennel fronds, a few dollops aioli or mayonnaise (see above for mayo doctoring suggestions)

Leave a Reply to Citrus and Cinnamon Cancel reply