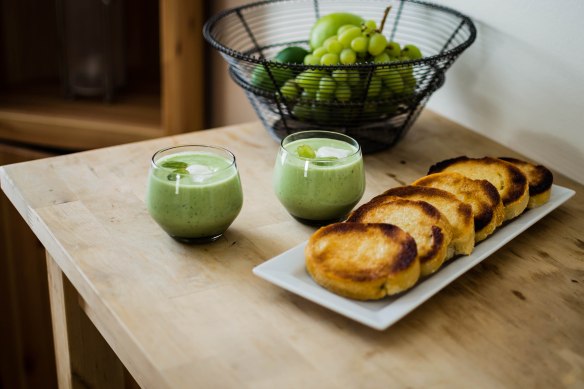 Unlike other Chopped Challenges N. has issued me, this one emerged Athena-like: fully formed and near immediately (though admittedly without the headache). Though the most commonly recognized form of gazpacho is tomato-based, as I offered to you last fall, a green version, usually blended with bread for viscosity and sometimes with some kind of acidic dairy product (more typically yogurt), is also reasonably well known. Thus two of my requisite ingredients were already attended to. 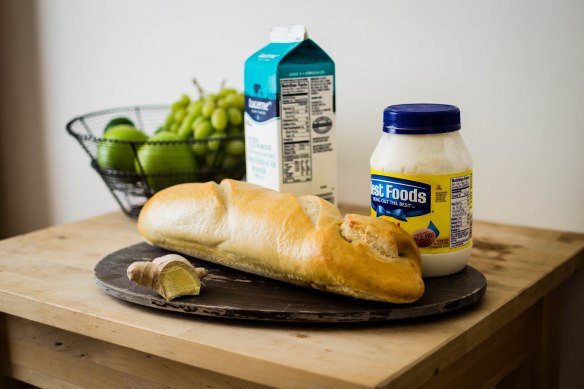 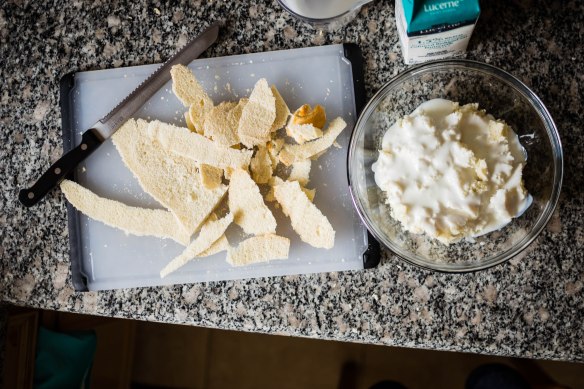 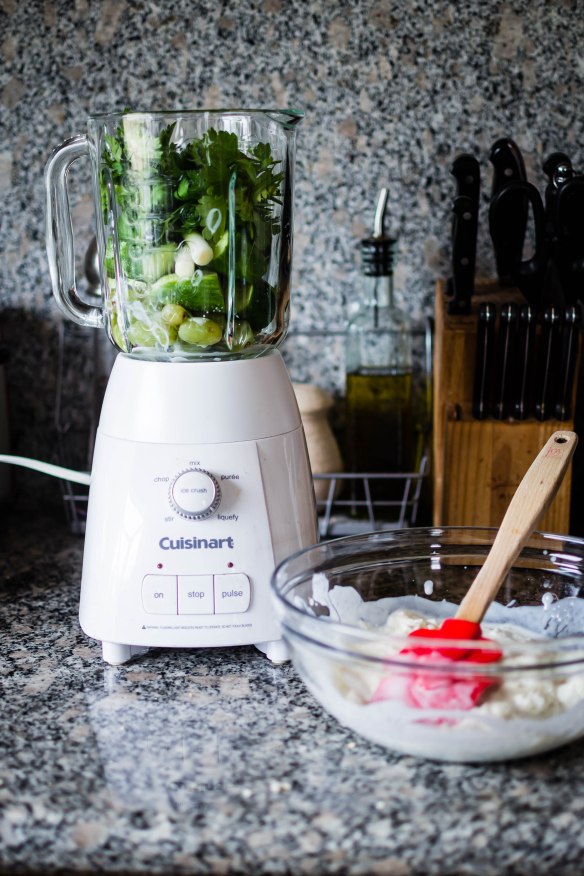 Though the green iteration of this cold soup can include anything from tomatillos to green bell peppers, I decided on cucumbers for the crisp, liquid coolness, and grapes for a sweet touch that I thought would go well with the ginger. To keep things feeling savory, a few scallions made their way into the mix, as well as a handful of parsley for an herbaceous flavor and a more brilliant green color. 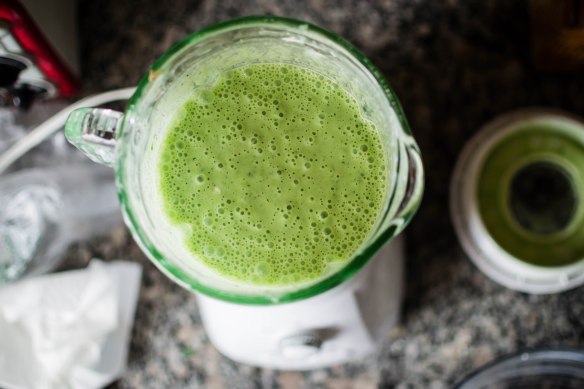 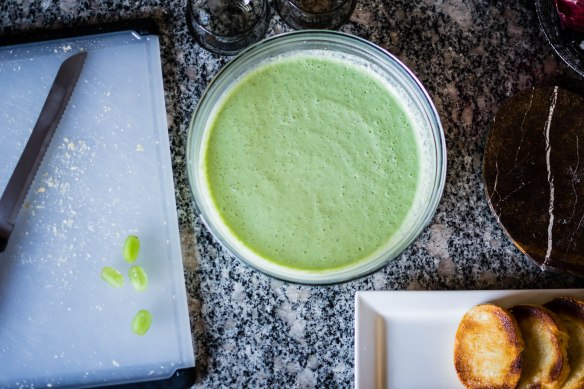 As for the mayonnaise, a traditional gazpacho incorporates generous glugs of olive oil, and what else is mayonnaise if not another fat source, already emulsified in itself? The few tablespoons I decided to allow in the soup didn’t feel like adequate representation of the ingredient, so I sliced up the other half of the sourdough batard, slicked it with a thin layer of mayo, and toasted it under the broiler for a warm, crunchy accompaniment to provide contrast. For aesthetic value and interest, as you can see, I dolloped in a touch of yogurt and a few halved grapes just before serving. 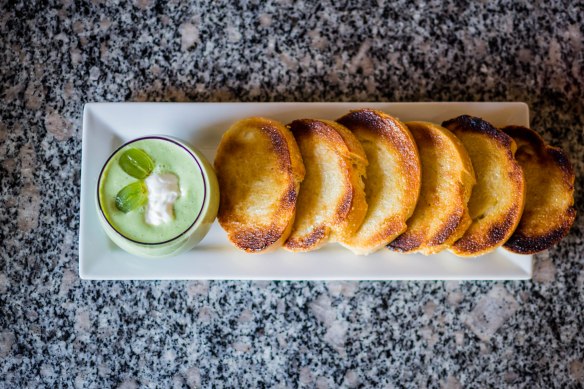 We found this tasty, and I think it would be an incredibly refreshing first offering at an outdoor gathering, particularly fun served in tall shot glasses (perhaps without the garnish) for cool, quick sipping. It wasn’t our absolute favorite, though I must admit its flavor improved given a night in the fridge to let the flavors intensify. Straight out of the blender it will taste quite sweet, but after the requisite minimum of two hours’ chill time, it edges back toward the savory side as the cucumber asserts itself. We found the buttermilk needed a touch of help from some vinegar for the right tang, and the ginger in my version was surprisingly mild, so I’m offering a range in my ingredient list below; aim high if you want a more assertively spiced soup. 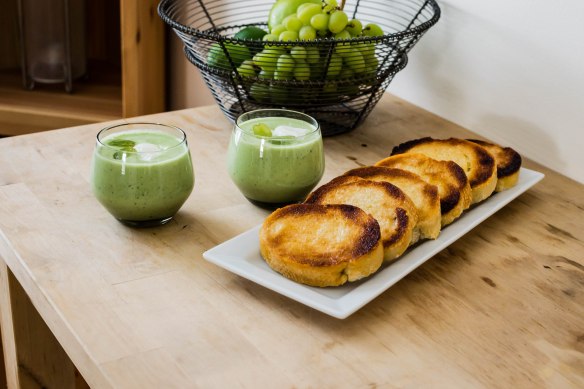 Serves 6 as an appetizer

⅓ cup parsley leaves and stems, or a combination of parsley and mint