I seem to be increasingly fond of dishes with long titles. There’s nothing particularly extravagant about this quickbread (though I must admit, the prep work involved makes it not all that quick), but the title is lengthy because it does have a lot going on.  Harvest color from a baked, mashed sweet potato, juicy chunks of apple, a hearty, wholesome boost from the oats, plus a hefty dose of brown butter, buttermilk, cinnamon, and a streusel topping crammed with walnuts and dried apple rings. But I didn’t want to overload you, so sweet potato apple oatmeal bread it is. 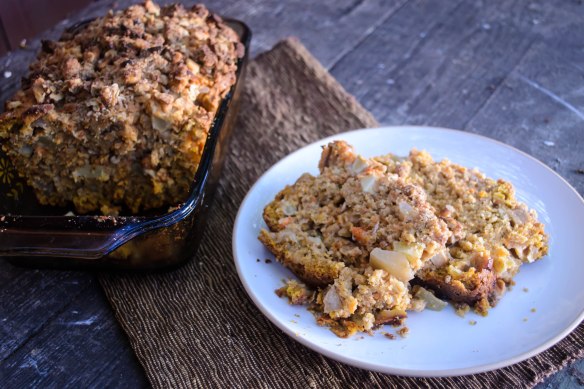 This bread turned out to be a lovely little response to October’s Twelve Loaves theme: root vegetables. Upon first reading this mandate, I was a little concerned. I’ve already done loaded potato biscuits. Carrot cake is, eponymously, not bread. Beets and rutabegas and parsnips and all those other decidedly savory tubers I’d welcome in a roasting pan or in a latke just don’t seem like a good fit in bread, yeasted or otherwise.

Los Angeles has recently decided that, since it’s almost the middle of October now, Fall might be okay. It might be acceptable to hover below 80 degrees during the day,* and nights could, possibly, occasionally, fall to the chilly (hah!) mid-50s. This has put me in mind of all the harvest flavors I love which, predictably, takes me to Thanksgiving. Once there, it’s only a tiny hop to the humble sweet potato.

Sweet potatoes are true root vegetables. Unlike taro or ginger, which are technically modified stems, or even the grand old potato itself, which is a tuber but not a “true” root (I know, I was shocked too!), sweet potatoes are the root of the plant. 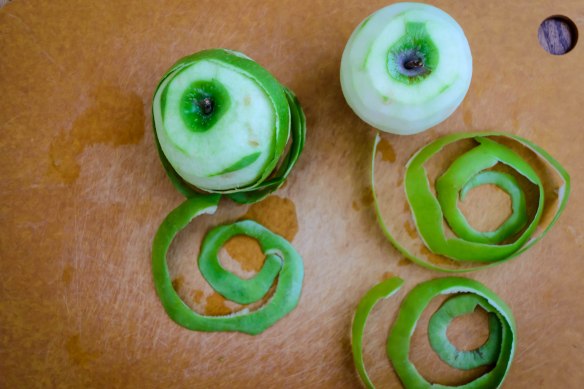 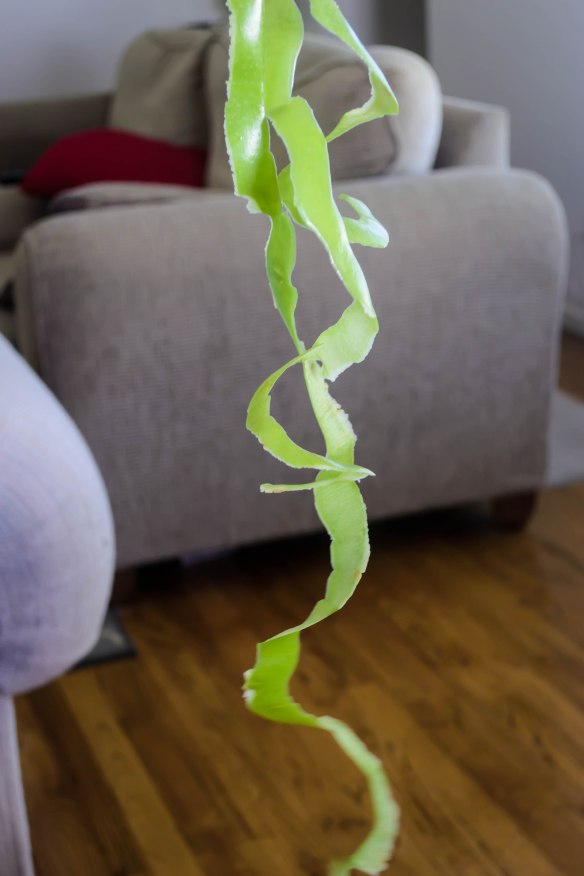 Thankfully, they are also delicious. I love their mellow, starchy sweetness in savory and sweet applications, but I’d never tried incorporating them into bread before. I knew almost immediately I wanted a quickbread rather than a yeasted loaf, and from there it only remained to pair a few flavors. Apples seemed like a nice match for sweet potato: big, fresh Honeycrisps have been showing up at our Farmers’ Market lately, and their juicy tartness would be a good foil for the dependable mellow of my main player. Oatmeal would bulk up the bread a little, giving it strength to support the onslaught of apple and sweet potato I had in mind. I found an oatmeal quickbread recipe that sounded promising on Flour Child, but things really cemented when I read Irvin’s post on Spiced Brown Butter Apple Walnut bread on his blog Eat the Love.

So, sweet potato, baked rather than steamed or boiled to cut down on moisture, an excessive mound of apples, left in sizable chunks that, when you start to mix them in will seem like far too many, rolled oats to bake into a breakfast-worthy slice, and the usual players – brown sugar and cinnamon and just enough salt – get topped off by a streusel you will want to eat not just on this bread, but on everything.  Walnut pieces, more oats, cinnamon for flavor and flour for texture, enough butter to hold things together, and the crowning touch: roughly chopped dried apples that, when baked, dehydrate even more into crispy, gloriously tart-sweet candy. I’m already imagining it on oatmeal, or pancakes, or baked on its own into a take on granola.

This is a moist loaf, and hearty, but not particularly dense. It can’t quite support its own weight, which means slices collapse easily on themselves because they are groaning under the quantity and size of the apples. It is also not terrifically sweet. I was aiming for a breakfast or a mid-morning snack kind of loaf. If you want something more dessert-like, or if you just have a determined sweet-tooth, try increasing the quantity of brown sugar by a few tablespoons.

* This morning’s meteorological news, however, may have made a liar out of me. 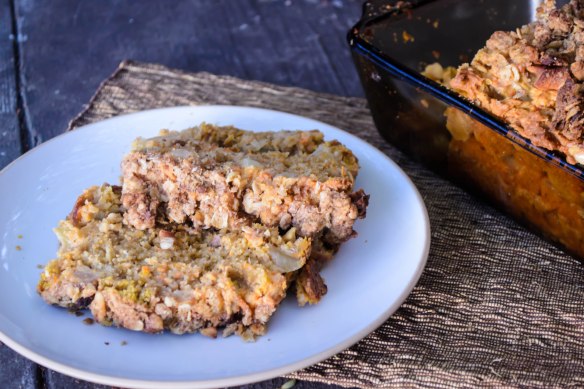 Adapted from Flour Child and Eat the Love