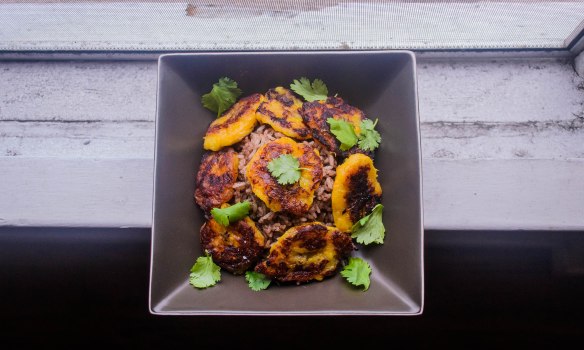 As I’m sure will come as no surprise to you, I’ve always been very interested in food in books. But not food books, so to speak, just food that appears in stories. The kind I like is not food that is instrumental to or driving the story; not food that makes the plot twist and turn. I’m more fond of food that is incidental. Food that brings characters together and lets them pause for a moment. Food that, perhaps, the author got too carried away with describing (I’m looking at you, Brian Jacques). 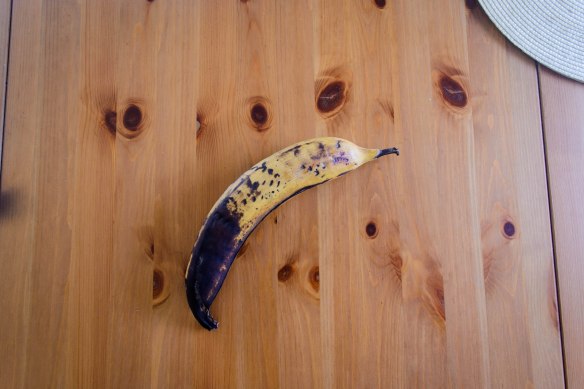 The inspiration for this dish is something I’ve thought about and forgotten about on and off since I was in my early teens. Roald Dahl, easily my first author crush, has been on my bookshelf since I was five or six years old. But it wasn’t until I was in middle school that I discovered his two autobiographical books Boy and Going Solo. In the latter, as he relates his time as an RAF pilot, he describes a dish cooked for him by a local Sergeant outside of Dar es Salaam in Tanzania:

There was a 44-gallon drum of drinking water in one of the trucks and everyone helped himself. Then the Sergeant made a fire out of sticks and began cooking supper for his men. He was making rice in an enormous pot, and while the rice was boiling he took from the truck a great stem of bananas and started snapping them off the stem one by one and peeling them and slicing them up and dropping the slices into the pot of rice . . . It was absolutely delicious. The rice was unhusked and brown and the grains did not stick together. The slices of banana were hot and sweet and in some way they oiled the rice, as butter would. It was the best rice dish I had ever tasted and I ate it all and felt good and forgot about the Germans. (Dahl 60-61)

I had never been particularly drawn to brown rice or to bananas, but the description of the way the bananas made the rice buttery and slick appealed deeply to me. 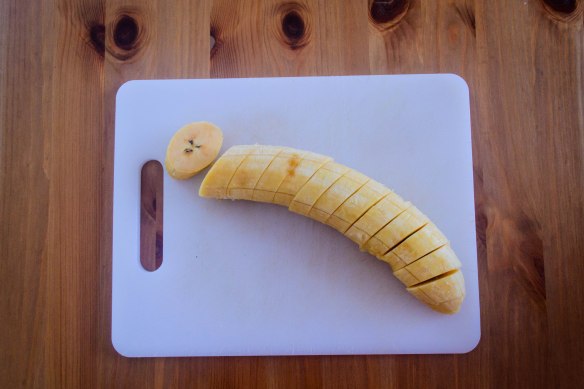 Here, I’ve taken the Sergeant’s basic ingredients and added a bit of my own flair. Impatient, I used white rice rather than brown, but chose basmati to echo the idea that the grains remained separate. A recent return of plantains to my grocery store determined the “banana” component, and since I can’t bring myself to cook plantains any other way besides frying them in thick slices, then smashing them down and frying again in an homage to tostones, I decided the bananas in my version would end up layered atop the rice, not cooked with it. 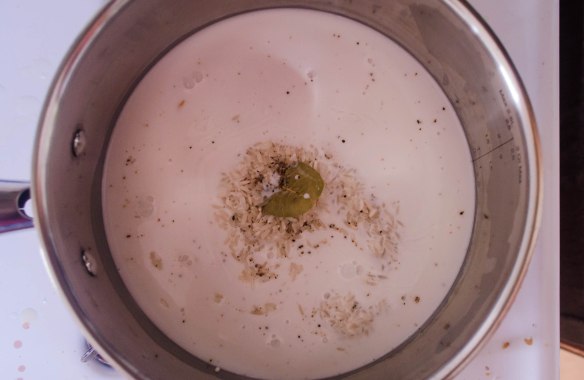 Since simple rice and bananas, though it sounded comforting and fulfilling in theory, might end up a bit boring in execution, I decided to cook the rice in coconut milk and then stir-fry it with some spices. This would take care of the “oiled” component from Dahl’s dinner that might otherwise go missing. A sprinkle of cilantro and a squeeze of lime juice would finish the dish. 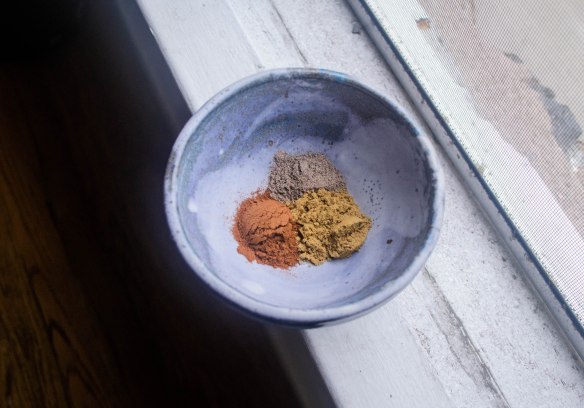 Though my final dish was quite different from Dahl’s, my reaction was similar. I ate it all, I felt good, and I could see why Dahl told the Sergeant “You should open a restaurant and become rich” when he finished his plate (61). The plantains, though sweet by nature, teeter in the savory realm with a generous pinch of salt and a spare dusting of cayenne pepper. The rice recalls sweetness with the coconut milk and cinnamon, but a dose of coriander and a bay leaf hold it back from the edge of becoming a dessert rice dish. 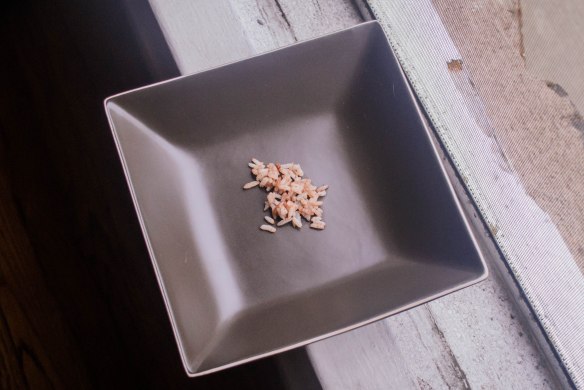 A note about my plantains: though I’ve called this an “homage to tostones,” my results are only loosely similar. Real tostones use green plantains, cut thin slices, and after frying, smashing, and frying again, the resulting golden-brown coins are crisp and flat and something like the love child of bananas and potato chips. My fried plantains use a yellow plantain – not yet tremendously soft, but certainly not the hard, starchy green variety most commonly used for the dish. I shallow fry rather than deep-frying the slices, but the process of frying lightly to cook through, then smashing, then frying again to achieve a bronzed exterior remains the same. Be sure to salt them when they are hot to keep them savory. 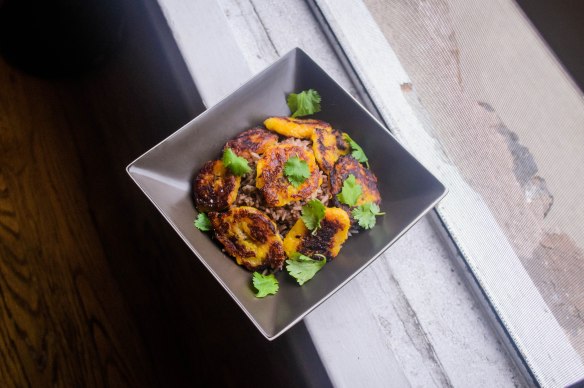 1 cup long-grain rice, such as jasmine or basmati

2 cups coconut milk (not coconut cream) (you could also use water, or vegetable or chicken broth)

3 tablespoons coconut oil (you could also use vegetable oil)

3 tablespoons coconut oil (you could also use vegetable oil)