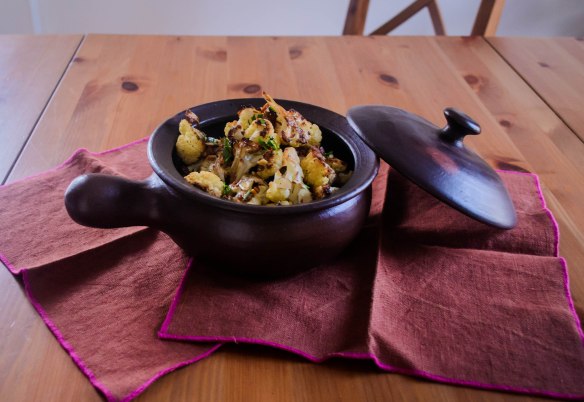 This week, Los Angeles finally had some mercy on us and allowed the temperatures to drop just a bit. My building at work turned off the air conditioning in our offices. I didn’t change into shorts immediately upon getting home. In fact, I actually – and you might be shocked here, so get ready for it – I actually put on a sweatshirt and wore it quite comfortably for several hours. I dug my bedroom slippers out from the dust-bunny-laden corner of the closet and slid grateful, almost chilly, feet into their old embrace.

Of course, since this relief might not last very long, I did the only sensible thing I could, which was to buy a head of cauliflower and shove it into a high-temperature oven. Cauliflower and I were never friends in childhood, but Mark Bittman changed all that for me by offering a high-heat roast, rather than a steam or a boil, as the plan of attack. In fact at this point, I think N. and I would happily eat a tray of roasted broccoli and cauliflower three or four nights a week, without much to accompany them. 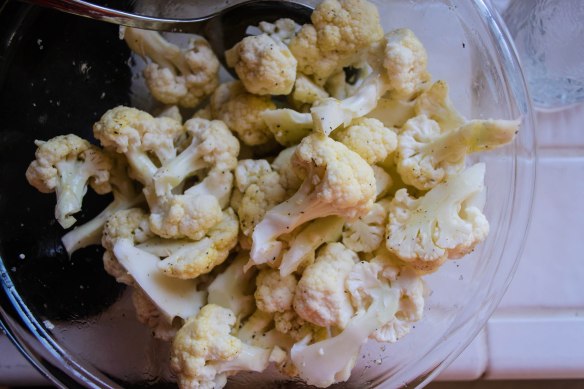 On occasion, though, a bit of accompaniment is nice. Though my typical procedure is just salt, pepper, and plenty of olive oil, I wanted to give the cauliflower some friends to play with as it bronzed slowly over the flames. The vegetable itself has such a mild flavor that it can easily go in a sweet or a savory direction, and I decided I wanted to play with these borders. Adopting a vaguely Mediterranean direction, after the first blast of roasting I scattered a handful each of golden raisins and sliced almonds over the cauliflower. Back it went just long enough for the florets to brown and the almonds to toast, but not quite long enough to burn the nuts or the delicate raisins. On the contrary, the raisins plump up a bit as they suck in some of the oil and moisture released from the cauliflower. A quick shower of chopped parsley as the tray leaves the oven, and the dish is ready. 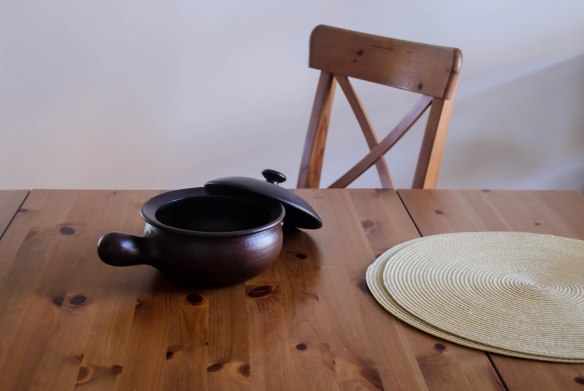 The flavors here are perfect, and it’s hard to describe perfection, but my unexpected favorite thing about this dish was the play of textures. The cauliflower gains an almost-crisp crust on its exterior, but the inside is meltingly soft in an entirely pleasant way. The raisins don’t stay plump for long after exiting the oven, but they provide a subtle chewiness I enjoy, and the almonds are a perfect crunch. 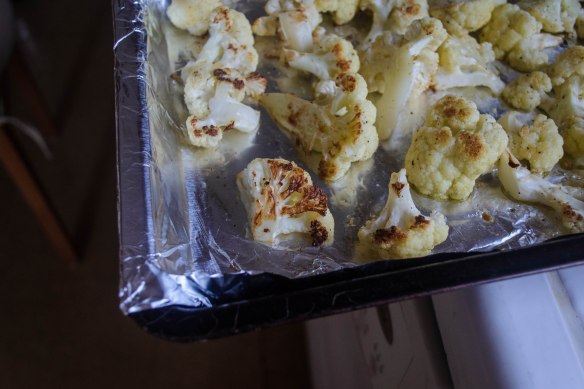 I usually try to give you pairing suggestions, and while I think this would be good with everything from turkey to lamb, I feel no shame in admitting that, since I was dining solo, I just ate the whole tray and called it a night. 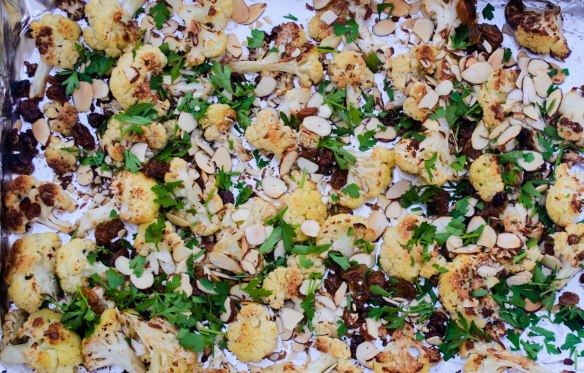