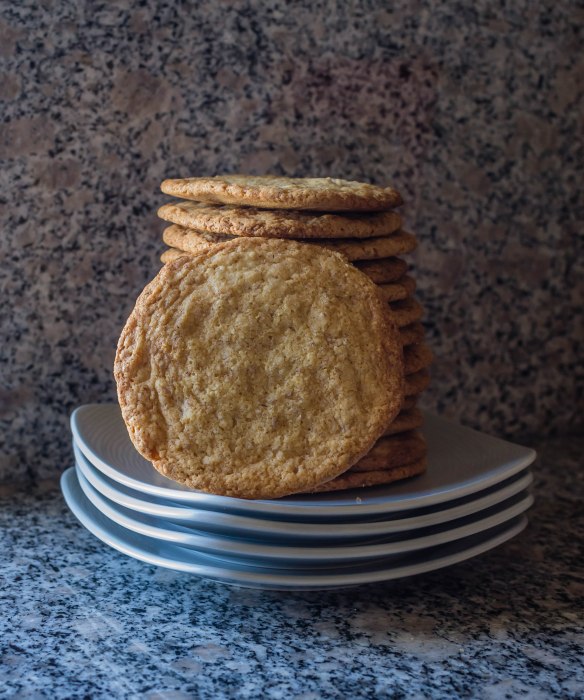 As I’ve noted here before, I can be a bit contrarian about food. I like my risotto with anything but rice, somehow I always find myself frying food in the most disgusting heat of summer, and I’m that person who, instead of making something practiced and reliable for a dinner party, always somehow ends up trying something untested. 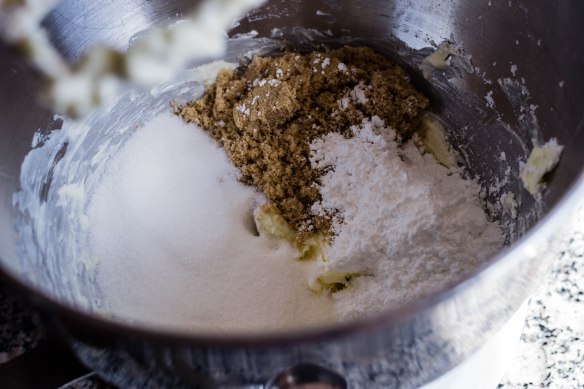 But perhaps my most blasphemous contrarian food tendency is this: sometimes I don’t want chocolate chips in chocolate chip cookies. I love the cookie part – the depth of the brown sugar, the butter, the just-crisp edges – and then that chocolate gets in the way. Don’t get me wrong: I do like chocolate. I’m not a total monster. But in a cookie, especially after it cools and the chunks or chips or boulders of chocolate solidify again, I could do without. I sometimes find myself looking forward to the cookie that comes from the very last scrapings of batter from the bowl, since it probably won’t have much chocolate in it. 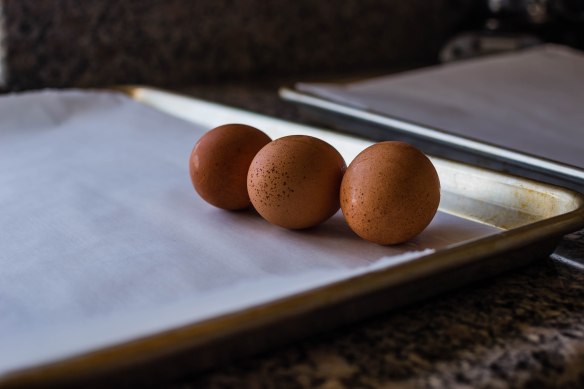 Last month N. ran a half marathon and I, following what is becoming a tradition, decided to have cookies waiting for him when he came home. Not so contrarian as me, N. loves a good chocolate chip cookie (and a mediocre chocolate chip cookie too – in fact, let’s be honest: he’ll take just about any chocolate chip cookie). Inspired by a recent trip to Le Grande Orange Café in Pasadena, I decided I wanted to do a batch of thin, crisp-but-chewy cookies with a sprinkling of salt on top. Good for helping my runner rehydrate a little. I started with a Bon Appetit recipe, but played a little: almond meal replaced some of the flour, I was out of chocolate chips, so I chopped up some dark chocolate covered pretzels and, just for fun, couldn’t resist a little instant espresso powder to the dough as well. A little buzz of extra caffeine wouldn’t hurt N. as he unwound from a thirteen mile morning. 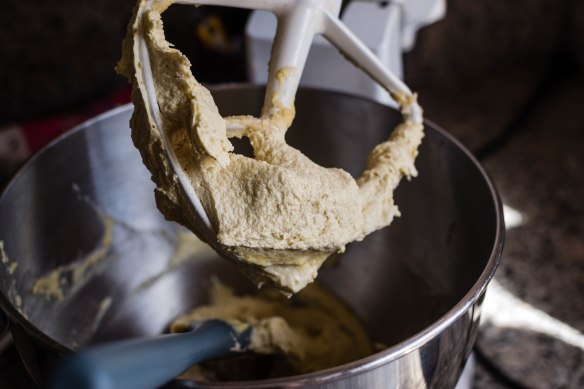 We both loved the cookies. But again, I found myself thinking how good they would be if they just… didn’t have chocolate in them. So I did another batch here, retaining the almond meal, but eliminating all hints of chocolate. These are designed to be crisp at the edges and chewy at the middle, and several elements of the recipe contribute to that: the almond meal is always going to add some pleasant texture, as is brown sugar. The powdered sugar allows for a denser final result, which contributes to chew in that not as much air is trapped in the dough. And using egg yolks instead of just whole eggs seems to help too, though opinions seem divided on this. 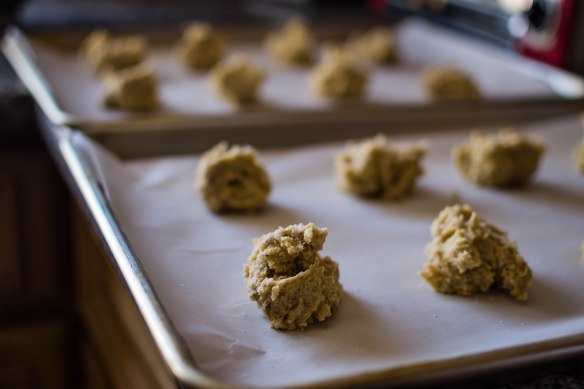 My contrarian cookies were simple. As I was mixing them up, I found myself thinking, “could I add anything? What about dried cherries? What about lemon zest? Could I put in some cardamom or cinnamon, or maybe chopped nuts?” And of course the answer is yes. I could. You could too. Toss in a teaspoon or so of some warm spice. Toast and chop and fold in about a cup of nuts or dried fruit. If you’re feeling particularly contrary with me, you could even reverse hack all the way into putting the chocolate back in; you’ll want about 8 ounces. 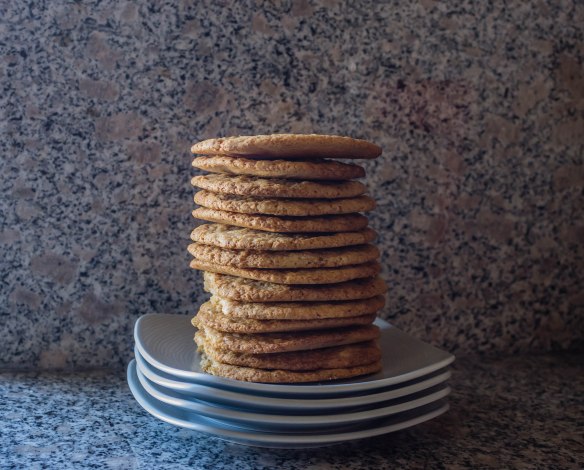 But when I chewed my way through the first, and then the second, of these simple, too-spread-out, just bendable,* still warm offerings, I wanted none of that. The texture was right: crisp around the edge, a chew similar to a good snickerdoodle in the middle, and the occasional delightful crunch from the sea salt. And nothing, nothing at all, disrupting that deep, lovely, buttery brown sugar taste.

* because these cookies spread so much while they bake, and because they are so soft when they first come out of the oven, I’d wager you could successfully cool them over the back of a muffin tin or ramekin for little cookie bowls to fill with ice cream or custard or fruit, or maybe even a deep, rich mousse to get the chocolate back in there…